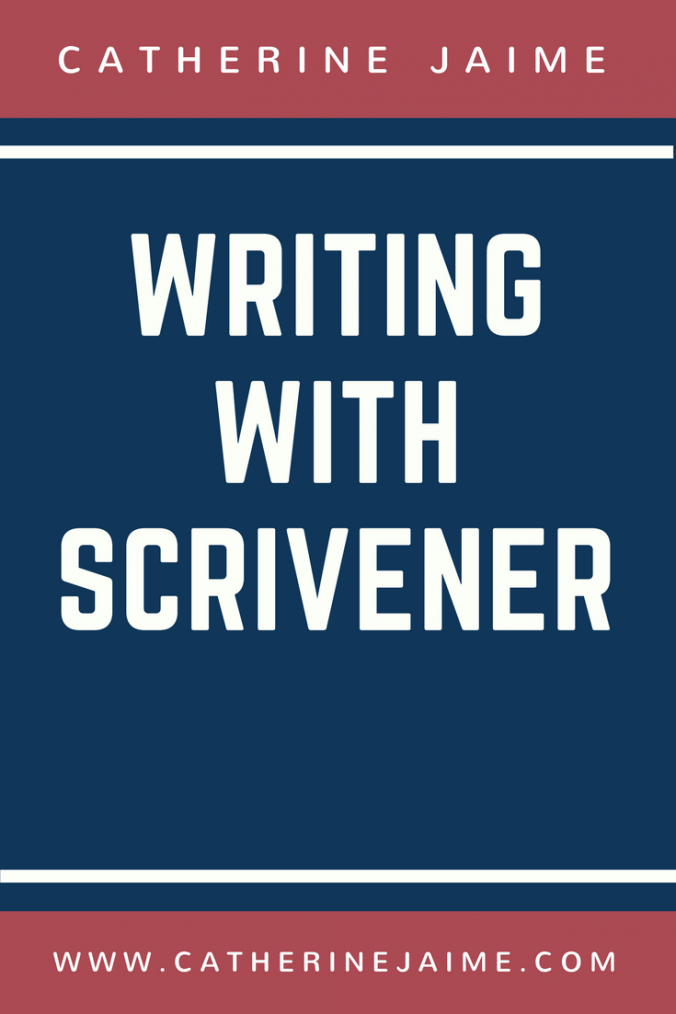 Being a new convert to writing with Scrivener, I thought I would share a little of my journey to getting here and my new excitement in using it.  I’ve been writing for a very long – more than twenty-five years in fact. Along the way I’ve gone through a couple of different desktops and a variety of laptops and netbooks. In fact I just bought my third laptop in three years (sad, I know) and can think of at least five I owned before this one (though I’m very likely forgetting at least one in there somewhere). Here’s hoping this one will last longer than the last several!

I bought this book before I got the program. It’s somewhat useful, but experimenting has served me well!

A History of Using Microsoft Word

But through all the different computers I’ve used there has been one constant – I wrote with a word processor. And for at least twenty years of the last twenty-five, that word processor has been Microsoft Word.  Every time I bought a new computer, getting Microsoft Office installed was one of the first things I had to accomplish. (I did try Open Office once, but I admit that was an epic fail for me. I think if I would have started with it, it might have been fine, but I had been using Word for so long I just couldn’t make the transition easily enough, and I quickly went back to what I knew.)

Now, at long last, I have branched out a little. It’s not that I’ve gotten rid of Word or have any plans to get rid of it. I’m writing this blog post on Word in fact. But I am now more than two weeks into writing my next novel – and it has almost all been done on Scrivener. I would have started it on Scrivener, but I started writing on March 1, and my new computer didn’t arrive until March 5, so I had to start on Word. (There was absolutely NO memory space on my old laptop, so downloading a new program there had been out of the question.)

I had been hearing about Scrivener for a while, mostly from other authors who were using it. When it first started coming up in such conversations, I kept wondering what the fuss was all about. I had written dozens (no, make that hundreds) of books in Word just fine. So why did I need to learn a new program? I just couldn’t see the advantage – and I’m stubborn that way! 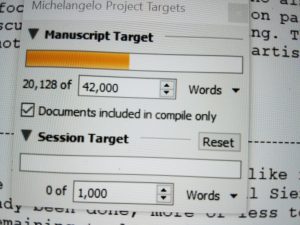 The Word Count Tracker is a small but nice feature.

It sounded like it might be a useful tool, though it also sounded like it had a steep learning curve, and that was the part that particularly concerned me. It already feels like my head is spinning with the other things I’m trying to keep up with, could I really handle learning a complicated program? And did I really need to?

But, then a local writer friend of mine got Scrivener, and she was telling me more about it. At that time I was just a week or so away from starting my next novel, and I thought, okay, why not? Maybe I should just give it a try. I had nothing to lose – Scrivener has a thirty day free trial period. And, if I liked it, it only costs $45.

So, once the new computer arrived, Scrivener was probably the second program I installed. (I still had to start with Microsoft Office, since I use Excel for my budgeting AND I had started my novel in Word the previous week.)

To Tutorial or Not to Tutorial?

When I got the new program installed, I did make my way through part of the tutorial that came with it. But I think after 15 minutes or so, I was bored and I wanted to get started actually USING it.  So I set up my first project. (That was easy, I just had to find the pull down tab for “New Project.”)

In the past, I had always written my books in one long Word file, but knowing that I was going to transition to Scrivener, I had actually made five different files for my new book on Michelangelo, a new one for each “chapter” I was working on. The first thing I had to figure out was how to import those files into my project. That did take me a bit to get right, but I persevered, and within ten minutes or so, I was up and running. 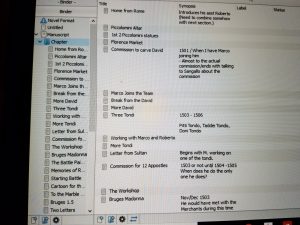 My Various Files After 18 Days of Writing

As I said before, I had heard A LOT about the steep learning curve for Scrivener. And I will be the first to admit that I am not using it to anywhere near its capacity. But as far as just getting started with it, I have to say that I found it very intuitive. In fact, I could not figure out why this had scared me so much.

So, now every day, I open up Scrivener and figure out where I want to start writing. I absolutely love the fact that I can work in these different small sections (more or less the equivalent of chapters, but I don’t have to make that decision yet).  I can reorder them so easily, I can see what I have going on, leave markers for sections I want to come back to, and on and on. Those options alone would make using Scrivener the right path for me!

This is one of the views of the “subdocuments” that is very useful from time to time.

I always start writing my stories more or less in a linear fashion, but it seems that more and more often I have to move things around (oh, that really happened before this, not after, that type of thing), or skip things (I know I want something here, but I have no idea what it will be), etc. I’ve done all of those when writing in Word, but never as easily as Scrivener makes it.

I’ve heard from others that assembling the final book (paperback or ebook) will be easier in Scrivener, too. I’m not even to the half-way point of writing the rough draft of this novel, so I won’t be experiencing that aspect until later this spring. But I’m looking forward to trying that too. In the meantime, I’m very excited to have jumped on the Scrivener bandwagon, and I can’t wait to see where we go from here.

(And thanks, Jennifer, for giving me the final nudge towards this extremely useful program.)

Dealing with the Winter Blues