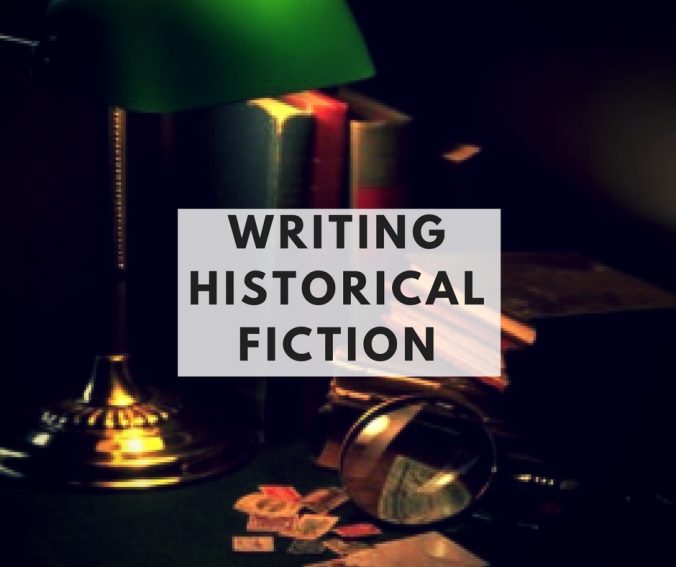 I love to do research on almost all things historical. For some topics that means sifting through a seemingly endless amount of information to find what is the most important/most interesting. Of course, for many other topics, it’s the opposite problem, and available information is scanty at best. But that’s also one of the reasons I’ve been enjoying writing historical fiction for the last seven years – it gives me an excuse to research AND an excuse to creatively fill in the blanks when I just can’t find the answers I’m looking for. At those times, it becomes important for me to write in such a way that “it could have happened this way.”

In my journey as an author of historical fiction I’ve written on a variety of topics from both U.S and world history – always about something I was already interested in, and almost always about something I’ve been teaching. Along the way, I’ve done several single title historical fiction books – about the Lewis and Clark Trail and the Constitutional Convention, for example. And those were certainly fun to research and write.

But one of the advantages to the da Vinci series that I’m currently writing is that I get to keep building on the information that I have learned. And, when I discover something that could have fit into a previous book, it’s fairly easy to work it into another book, often in the way of a conversation – “remember when…”

That is happening some with the current book I’m writing. The previous book in the series, Leonardo: A Return to Painting, covered Leonardo painting the Mona Lisa and working on his extensive battle painting. I had quite a bit of information on both of those from my years of research on da Vinci, but I’ve still managed to uncover more fun facts in the few months since that one was completed. So guess what I’ll be working into this next novel I’m writing? Of course.

In addition to discovering new information that went with previous books, another issue I sometimes encounter during my research are the historical facts that have to fit in somewhere, but for some reason the timeline seems a bit (or a lot) hazy. Years ago I ran into some tidbits about Leonardo helping a Florentine sculptor with his designs for a particular project. I almost worked those into a much earlier book, but discovered that the timing of that book was clearly too early compared to the event. As I’ve continued my research I’m not 100% sure whether the event happened before, during, or after 1506. Before would have put it (chronologically) in my previous book, and I didn’t get it in there, so either way it goes into the current one. (Authors Notes are great places to explain such problems, so I try to make good use of them with all my historical fiction.)

As a result, I’ve had some interesting reviews, everything from “It reads more like a biography” to “Learned more than from my old arts teacher.” But I would rather get the occasional complaint about it being “too historical” than take away from the historical accuracy. And yes, I do realize there is an expectation of a good story when someone reads a novel, even if it is historical fiction. And I do work to deliver that as well. When I write about someone like Leonardo da Vinci it isn’t that difficult to accomplish!

Are you as big a fan of historical fiction? If so, do you have a favorite author of the genre? My favorite has long been Jeff Shaara – his American history novels are clearly well researched and he does spin a compelling story – whether he is writing about the Mexican American War, the American Revolution or World War I. (And numerous other wars as well.)

Until next time, happy reading (and listening)!

History Along the Road