The Stories Waiting to be Written

Do you see the stories around you waiting to be discovered? Waiting to be told? Does every location, event, or person bring questions to your mind? Questions that you want to find answers to, or in lieu of that, to write answers for?

That’s how I tend to look at things. It’s one of the reasons I can’t imagine that if I lived and wrote for another 40 years (fairly unlikely since I just turned 60, but one can dream!) that I would run out of stories I want to tell. 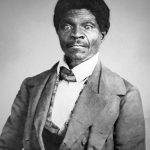 Occasionally I read or listen to a completely fictionalized story and think, “I would like to try my hand at writing “plain fiction” someday. But then I shake my head and remind myself that for every historical fiction story I write, three more seem to join the “want to write about” list. (Which currently includes specific people or events like Dred Scott, the Scopes Trial, the Trail of Tears, the internment of Japanese citizens during World War II, to name just a few!) So it’s highly unlikely that I will slow down from writing historical fiction to write any other kind of fiction anytime soon. (Though I try to never say never.)

Starting the Life of a Writer 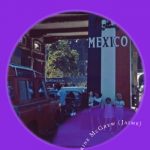 I wrote my first travel journal when I was a youngster, traveling through Central America with my family. But I didn’t really consider myself a historian or an author for decades after that.  The reality of both of those descriptive titles came to me when we lived in Wuerzburg, Germany for more than five years. It was there that, thanks to Helga, a wonderful German storyteller and historian, that history stories first came alive to me. And there I caught the desire to capture as many of those stories as possible.  (I wrote more about this in an earlier blog post, “My Growing Love of History.”) 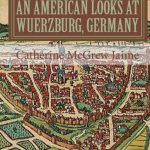 As a homeschooling mom of many children (eight at that time), I didn’t do much writing for many years after completing my non-fiction book on the history of Wuerzburg, but the seeds had been planted. Even with little watering, they were there, and after many years and many more children (four more joined the family before we were done), the seeds finally blossomed. 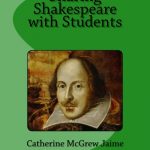 As with so many of my books, the next non-fiction books came from my teaching: Shakespeare and Leonardo da Vinci. (Another previous post, “Falling in love with Leonardo da Vinci, Renaissance Man,” covers much of my fascination with one of the greatest artists of all times.)

From my love of all things da Vinci came my first attempts at writing historical fiction. As someone who has always been a fan of reading historical fiction (Jeff Shaara will likely always be my favorite author), and my love of stories, writing historical fiction should have seemed like a natural leap for me. But I had held back for many years, focusing my writing on the student books and non-fiction books that seemed to leap from my never-ending study of the various topics I seemed to always be researching for my teaching. An earlier blog post on my homeschool site, “Homeschooling with Topical Studies,” describes our journey away from textbooks and into topical studies and unit studies. One of the many joys for this author/historian of doing so many topical studies was the constant “excuse” for doing more research (one of my favorite things to do) and then finding ways to share that first with my family and later with a growing number of students in the increasingly large number of homeschool classes I found myself teaching. 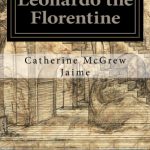 When I finally sat down and tried my hand at writing historical fiction, I was quickly hooked. (It took me less time, one month, to write that first historic novel, Leonardo the Florentine, than it did to find someone to edit it for me, another two months.) 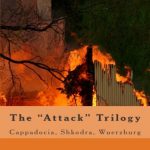 Several years back I also tried my hand at my first historical short stories. While visiting Cappadocia, Turkey and the surrounding area that included some amazing underground cities, I felt like the story just had to be told. Days of research and writing quickly became the first short story in what would become my Attack Trilogy: The Attack in Cappadocia. Soon after completing that book, I was turning my attention back to one of the stories of Wuerzburg – the allied attack of the city towards the end of World War II. I had known some basic facts of that event, but writing the short story of that attack required many more hours of research. For Christmas that year by son and daughter-in-law had already bought me a wonderful book, The Siege of Shkodra. Needless to say, reading that book on the plane heading home led to the third book in the trilogy, The Attack at Shkodra.

As I researched and wrote each of those books, I tried to do two important things – accurately portray as much of the history of the time and location of each event or person, and to tell a good story.   And I have found, as I write each book, the desire within me is to write more.

So, if the world around you seems filled with stories just begging to be told, don’t hold back! Someone somewhere may be waiting for just that story!