As always, it is easy to get caught up in the research. Learning new things about Leonardo and the era and areas in which he lived is always fascinating to me.

This particular novel covers the period in time when he is back and forth between Florence and Milan several times. Those are both cities that I have entire books set in, since in earlier periods of his life, he spent many years at a time in each of them.

Needless to say, I’ve already studied Renaissance Florence and Renaissance Milan quite a bit.  But that never stops me from further studying. 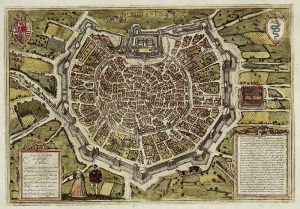 Some of the things I learned recently about Milan: 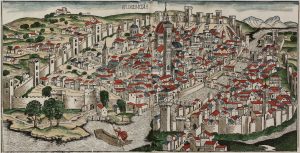 Florence on the other hand had these qualities at that time: 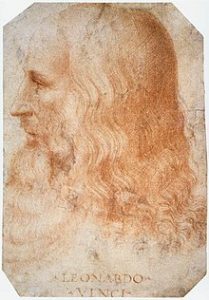 And, of course, I’ve continued learning about Leonardo’s life during this time period. Some of the following may or may not make it into this novel, but they were interesting tidbits, nonetheless.

Preview from the Draft Below

For any who are interested, I’ve included a preview from the current version of my story, where Leonardo gets the message that he needs to leave Florence and head to Milan.

As Leonardo took the message the servant stood straight again. “I have been instructed to wait for a response. I actually bring you two messages that are somewhat connected to each other. The first is that the friars at the Chapel of the Franciscan Brotherhood are unhappy about an altarpiece that you did for them with the de Predis brothers. They are requesting that Governor d’Amboise require you to come back to Milan and complete the altarpiece to their satisfaction.”

The servant stopped, looking for a response from Leonardo. But Leonardo merely stood there, considering the implications of this message. The altarpiece in question had been his first commission in Milan. A commission that went back more than twenty years. He had not thought about the Madonna of the Rocks in years. But he had completed that painting. Why were the friars bringing up it after so long?

Leonardo thought about the money the three artists had been promised for completing the altarpiece. Now that he stopped to think about it, he wasn’t sure whether they had ever been paid in full. He had started working for the Duke of Milan soon after they had completed the altarpiece and he had left the final financial details with the brothers. Suddenly Leonardo realized that the French servant was standing silently in front of him, as if waiting for Leonardo’s full attention to deliver the rest of his message.

“I’m sorry,” Leonardo mumbled. “I was thinking about the altarpiece. Did you say there was a second part to your message?”

The servant smiled and continued, “Governor d’Amboise requests your presence at his Milanese court.”