The Importance of Breaking Down a Task

Preparing for a Trip 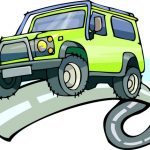 Not quite what our rental Jeep looked like, but you get the idea.

My oldest daughter and I were preparing for our upcoming three week trip. We were departing in four days and the list of things we HAD to accomplish before we left was huge! It was very easy to look at the list and be overwhelmed by all that had to be done. But when I returned from swimming the next morning, we took the list and broke it down into what could easily be done at home that first day.  (I was home after more than two hours at the pool and not anxious to go back out again that day.) With roughly 25% of the list, it was much easier to tackle what needed to be done, check it off, and by late afternoon, actually have accomplished everything that we had decided had to be done that day. And looking at each of the next several days’ lists we could more easily face those required tasks as well.

Breaking Down a Big Task

That simple concept – breaking down the bigger task (in this case – getting ready for our next trip) made it easier to set our goals and not be intimidated by the longer list that had loomed out in front of us. 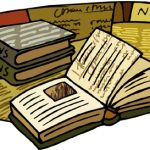 I try to approach my upcoming travels that way, my teaching that way, and even my writing.  One of the teaching responsibilities I have yet to give up is coaching high school Mock Trial (though after more than twenty years that time is probably fast approaching). One of my parents from last year called recently to get some information on this year’s practices/teams. It was easy to feel overwhelmed at her request – I was preparing for an upcoming trip (see above!), and I knew I had two more trips in August/September that were going to require my time and attention.  So I not only hadn’t started to think about the fall Mock Trial, I hadn’t even thought about WHEN to think about it!

But once I broke down the task into smaller pieces, I was able to tackle it. I had to determine when (around those next trips) we were going to hold our Open House, when we would need to put teams together, and when I would actually be able to start practices. In this case, I had to first determine what information I needed to work out, and then break out the calendar and decide where each task best fit. Looking at the whole of “When and what will we be doing?” was frustrating. But taking each piece one at a time simplified what I needed to do.

Writing My Next Book 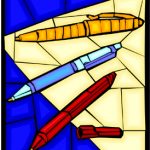 And I’m about to do the same thing with the next book I want to write. I completed book five in my da Vinci series (Leonardo: A Return to Painting) in March 2017. But I want to finish the series by the 500 year anniversary of his death (May 2019). In order to accomplish that I’ve already determined that I will need to pick up the pace, and get at least two books written each year between now and then, rather than the one per year I’ve been averaging.

I’ve been focusing on other important things in my writing career this spring and summer (getting both of my websites going, starting and keeping up blogs on both of them, and trying to market my new Audible books: Leonardo the Florentine and Failure in Philadelphia?). But the time has come to start the next book.

To put this in perspective – my last da Vinci novel covered the time period that Leonardo was painting the Mona Lisa, working on his ginormous Battle mural, and trying to divert the Arno River. So the outline of that novel was pretty easy to write, and it was fairly easy to weave in the details I wanted to include. But for novel number six, I’m currently looking at a blank Word file. I know I will pick up the story soon after the Battle mural failed and Leonardo walked away from the project. But I haven’t determined much more than that.

Breaking Down My Writing 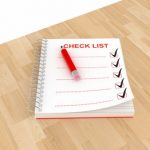 Rather than feeling completely overwhelmed by how little I have to work with at this point, it’s time to break down the task, set some reasonable goals, and get started. (And the beauty of those kinds of goals is – I like to set them, but I know I can always move them if life gets in the way.)

So for now, I need to get beyond the blank page and start a story. I find that I can generally write at least 1,000 words a day on a story I’m working on, often even more than that. (As a comparison, most of my blog posts come in at about 1,000 words, more or less. – this one is about 1200 words) And with writing, it’s always easier to have words you end up not needing, than not having words at all.

So, it’s time to begin. I’m going to be attending a Shakespeare camp for adults this week, with a fairly full schedule. So I’m fairly sure 1,000 words per day this week would not be a reasonable goal. But I should at least be able to start making some notes and start thinking about what directions I could go with this next story.  So, this week’s goals will be to make some notes for the novel every day. No particular amount for this week, because I know so much else is going on, but at least a little movement in the right direction. 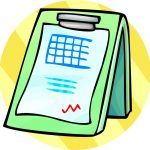 Starting next Saturday (July 15) I will be aiming for at least 1,000 words per day on the story itself.  I’ll still be on the road at that point, but the schedule shouldn’t be quite as hectic once the camp has ended.  Since I will be starting to write in mid July, and my novels are on the short side, it should only take me six weeks or so to get the rough draft written. So my current goal for the completion of the rough draft is the end of August or the beginning of September. (I’ll let you know how that goes!)

Then I have to spend some time on rewrites and get it to the lovely women who proof and edit for me.  Maybe by the end of September I will be moving towards publication. (Somewhere before then I’ll have to have a title and a direction to go for the cover, so that my cover designer can design another fabulous cover for me. But I’m nowhere close to that now.) 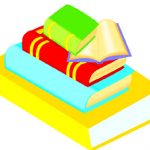 Maybe, if all goes well, Leonardo da Vinci book number six will be available for sale by the beginning of October. Do I really expect that to happen? Oh, probably not. But it gives me something to aim for. I like deadlines, particularly self-imposed ones. I try not to get particularly upset if they are missed. I just make new ones and keep plugging away. But by having stated goals, I am generally moving in the right direction.

So, whatever task it is that is looming over your head, what can you do to break it down? Is it something you need to accomplish in the next several days (like our current trip), or something that may take you months to do (like my next book project)? However it breaks out, taking it in smaller chunks, with reasonable deadlines will likely do wonders for what you can accomplish (and lower your stress level significantly at the same time).

setting goals as a writer