My Writing – All Over the Place! 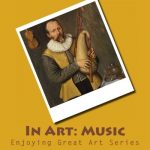 I know a lot of authors seem to focus on one type of writing. But like I’ve mentioned before, my writing is all over the place. While I write primarily on history topics, I often get going in a different direction – into the world of Shakespeare, science, or art, to name a few.

And even when I’m in the realm of history, my writing doesn’t fit as easily into one category as some authors. I write on different time periods (from Leonardo da Vinci to the American Revolution and beyond). And I write both fiction and non-fiction, both in fairly large quantities.

Because of my combined love of history and using games to make learning more fun, I also like to write timeline games. While that’s not the type of writing most people think about, I think it qualifies. Like with other types of non-fiction history writing, timeline games require a lot of research.

Our First Encounter with a Timeline Game

We first encountered timeline games in the form of Chronology, a game I found on a shopping trip to Walmart one day many, many years ago. The price was right, and the premise sounded cool – history and timelines. For the budding historians in the family (myself included) it was a great way to learn and review world history. Another thing I immediately liked about the game was that while they introduce the dates of important events, it isn’t necessary to have the dates memorized in order to play the game. (I’ll explain the basic game play below, but for now, suffice it to say that timeline games are about the flow of history, which this historian things is much more important than the memorization of dates and names.)

Years passed after we discovered that initial timeline game and we wondered if the Chronology folks would come up with any other cool games covering subsets of history, but we waited in vain. (They did come up with some topical versions – but they were things like Sports and Entertainment, so not quite what we were looking for.) 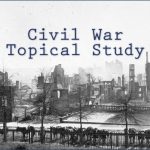 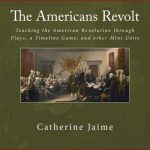 So in time my sister and I started developing our own line of timeline games. We started with the Civil War and the American Revolution, since they were history topics I had just spent significant amounts of time researching and teaching. For each of those historical topics I had already made pretty extensive timelines as we studied, so converting my timelines into games didn’t require much additional effort. 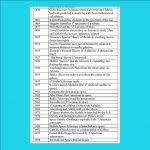 A sample page from the Astronomy timeline I made later.

The neat thing about timeline games is that they can be used with just about any history study. All you need is a list of important dates and events to put on cards. We generally put our information into the forms on our computer, but you could even hand-write them on index cards if you wanted. 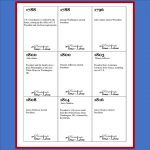 Sample page of cards from our Presidents Game. 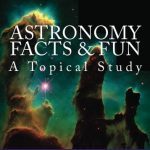 Over time we’ve made timeline games on a whole host of topics. They’re currently available individually or in a bundle as downloads on CurrClick.com and my hope is to have them all collected soon in a paperback version on Amazon (currently they are only available on Amazon as part of topical studies on the various topics), 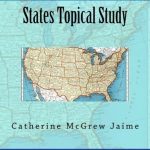 Once again, you can see some of the variety of topics I have written about. And you can make your own timeline game on pretty much any other history topic of your choice.

Playing the Game – the Rules

It’s also a game that lends itself to small or large groups. We’ve played it with up to ten players, and anywhere between three and eight players works especially well. You can even play the game with non-readers by modifying the rules only slightly.

And explaining the rules to new players is quite simple:

Everyone starts with one card in front of them, face up – the start of their personal timeline.  The remaining cards are face down in a draw pile in the middle of the table.

One person turns over the top card and reads the event on it to the person to their immediate left. That player doesn’t need to know the exact date on the card, they just need to point out whether the card would go before or after the card currently in their timeline. If they are right, they add the card. If they are wrong, the next person gets to guess.

Play then moves around the table. Of course, once a player has multiple cards, picking the right location becomes progressively more difficult (since each card could potentially go at the beginning of the timeline, at the end of the timeline, or between two particular cards).

Play continues until one player has built their timeline of the predetermined length (eight is a nice number, but you can decide in advance on a lower or higher number if you prefer).

Modification for younger players: Have one person read all the cards aloud, rather than having the players read to each other.

And that’s all there is to playing a timeline game.